The internet is filled with wondrous facts and figures about marijuana, its effects, and benefits, uses, recipes, etc. If you’re an avid lover of this stuff, then you’ll love these interesting facts about cannabis we’re certain you need in your life.

Ranked in no particular order, here they are:

Bonus: did you know that the Chinese actually have a character for Hemp – check it out below: 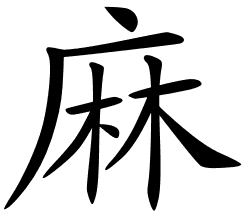 Hope you enjoyed that! Now you can sleep easy knowing this plant has been around for a long time spanning across history and many countries around the globe.

Back to Latest Insight